Play free solitaire card games in your browser. Downloading or registration is not required. You can can play klondike solitaire, spider solitaire, freecell, pyramid solitaire & many more fun games. Pick a collection below to start. Enjoy! 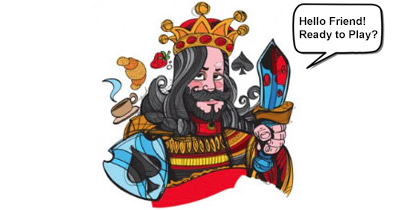 There are currently 24 players online.

Solitaire is any tabletop game which one can play by oneself. The term "solitaire" is also used for single-player games of concentration and skill using a set layout of tiles, pegs or stones rather than cards. Most solitaire games function as a puzzle which, due to a different starting position, may (or may not) be solved in a different fashion each time.

Solitaire with cards also known as "Patience", generally involves dealing cards from a shuffled deck into a prescribed arrangement on a tabletop, from which the player attempts to reorder the deck by suit and rank through a series of moves transferring cards from one place to another under prescribed restrictions. Some solitaire forms allow for the reshuffling of the decks, or the placement of cards into new or "empty" locations. In the most familiar, general form of solitaire, the object of the game is to build up four blocks of cards going from ace to king in each suit, taking cards from the layout if they appear on the table.